Posted by preeny on May 19, 2012
Posted in: Rovers Blog or Vlog. Leave a comment

To say I’m in shock is an understatement. I’m very surprised, in fact no I’m shocked and angry that Gillett, Hird, Dumbuya, Baxendale & Keegan have been released as all of them could do a job in league 1. 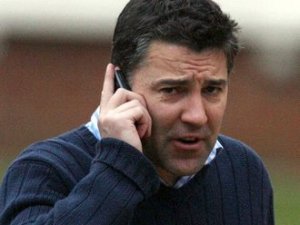 Apparently we are still in talks with some of the released players but can’t retain any of them unless retained players that are still in contract are sold, great…….NOT!!!!
We are also apparently hundreds of thousands of pounds over budget too so I can see us saying goodbye to the likes of Kyle Bennett, Habib Beye, James Coppinger, George Friend, Jimmy O’Connor, Tommy Spurr & Brian Stock in order to free up funds and create some sort of transfer and wage budget. To say I now fear the worst for next season is a gross understatement and I can see us having a side made up of kids, lower league has beens and non-league cheap signings.
What has happened to my club? I haven’t felt this bloody miserable about things since ’97. We had our identity, on the field it was that of a passing team that played beautiful football the right way, and off the field we were a shining light, an example of what could be achieved by all lower league clubs and how small clubs should be run. Go forward the short space of 7 months and all that has gone, we’ve lost our identity and the heart and soul of the club has been ripped out and we are just a shell of what we were a few months previous. People that know me know that I am the eternal optimist, at the start of last season I was saying to all that I fancied us for a playoff spot at least but next season I fear the worst and with today’s news I wouldn’t be at all surprised to see us go down again next season unless there is some drastic turnaround. Even though I love that man and he is greater than god for what he has done for my club, I feel JR took a massive gamble last October and it has failed miserably and now we are going to pay the consequences unfortunately.